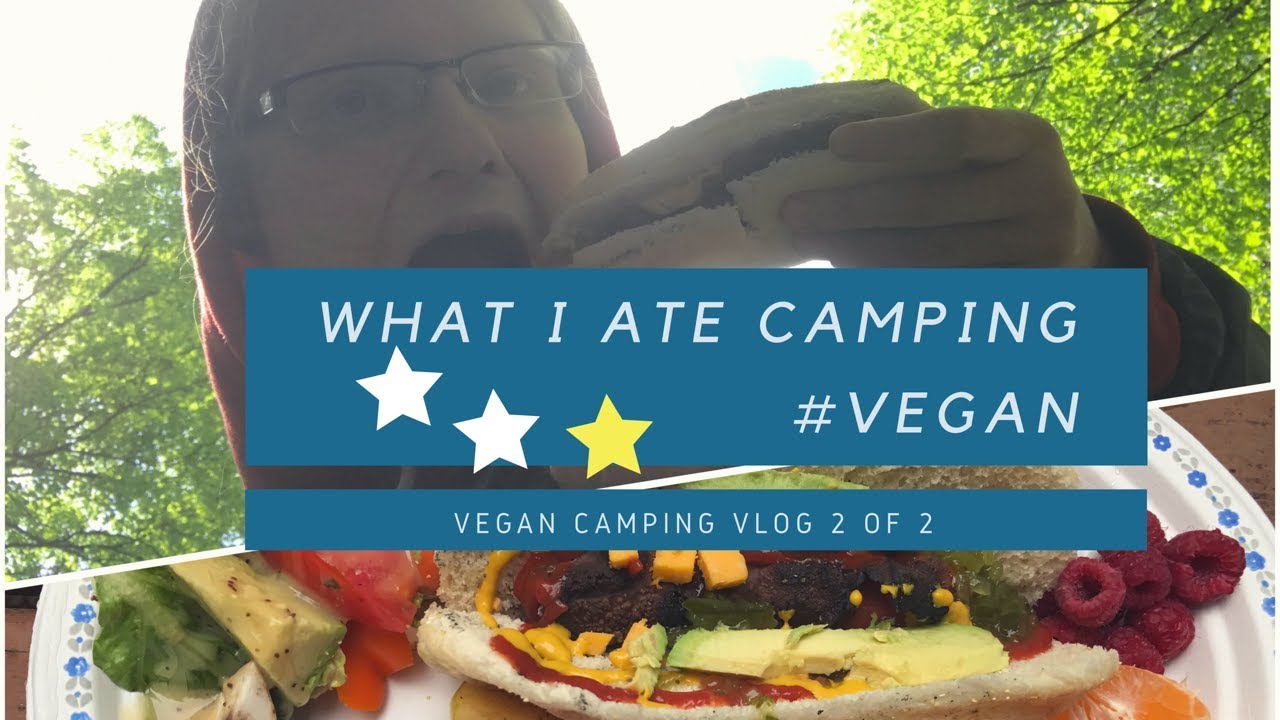 Share on Facebook
Share on Twitter
Share on Google+
Share on Pinterest
Share on LinkedIn
Hey guys! I went camping over the summer of 2017 with my boyfriend Jeffrey and we both ate completely vegan- he might not be vegan but he enjoys vegan foods! I wanted to share with you guys what we ate on our trip to give you guys some ideas. This is only my 2nd or 3rd time camping as a vegan. I prepped a few things the night before heading out and then we just put all the perishable food into the cooler with some ice. We only stayed for 2 nights so this was manageable. We used the fire grill, a toast thingy to put the veggie patties into over the fire, and had also brought a small propane cooker.

Campsite was at Carson Pegasus Park. It’s a beautiful campground. Lots of secluded areas -some aren’t as secluded! There’s a beach with a playground and some small paths alongside the river as well. And yes there’s outhouses.

•*• Part 1 of my camping Vlog -With Vegan Macaroni Salad Recipe!:

Let me know your fave vegan foods to eat while camping in the comments!

Thank-you so much for watching!
~Veg, Peace + Love

I created this video with iMovie and the YouTube Video Editor (http://www.youtube.com/editor)