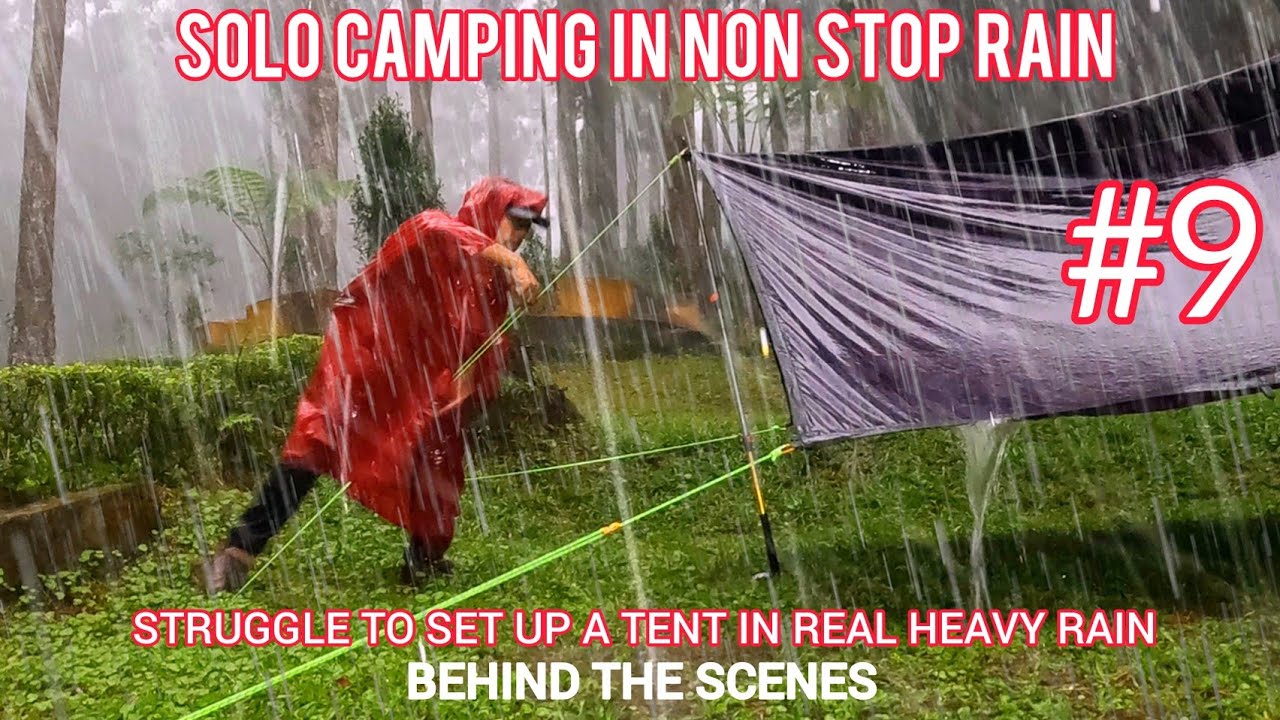 Share on Facebook
Share on Twitter
Share on Google+
Share on Pinterest
Share on LinkedIn
SOLO CAMPING HEAVY RAIN – SET UP A TENT IN THE RAIN – BEHIND THE SCENES
Hai Sobat…
This time I camped at the camping ground, still with the same theme “Establishing a tent under heavy rain”.
After setting up the tent and for this time’s menu I made banana pancakes with milk, cheese and chocolate meses topping which definitely tasted good.

BEHIND THE SCENES (MYSTICAL EXPERIENCE)
In this video I include the behind-the-scenes process as well as some parts of the video that I didn’t include in the main video. I will also show some parts of the video where I get interference from supernatural beings.
Behind the scenes of the process of making this video there are some disturbances from supernatural beings but in this video these supernatural beings cannot be caught on camera like other horror content.
Around half past six in the afternoon after I set up the flysheet I was very surprised because a bridge not far from me set up a tent, a distance of about 10 meters, I saw a female ghost (Kuntilanak) sitting on the iron railing of the bridge, the figure continued to watch me. I try to be normal and keep setting up the tent. This time the apparition of a female ghost in white and long hair was not as usual, where usually if there was such an apparition it was only for a moment and when I looked at another object it immediately disappeared, but this time it was different the sighting lasted quite a long time, almost an hour did not disappear.
Besides the Kuntilanak ghost, there is also a voice that resembles a girl who keeps calling out to me and poking my ass (Dividio can be seen when I look surprised when I am clearly called “hey” by a girl’s voice, I reflexively look at the bridge and there are also times when I feel my buttocks are held and I reflexively look back). Actually my guts had shrunk a little by then but I couldn’t help but have to finish this video. I tried to take a video of the position of the ghost on the bridge but the result of the video there is no sighting. that’s the experience of real events that I experienced in the process of making this video.
That’s my mystical story in the process of making this Solo Camping video.
Thank you for all the comments, support, criticism and suggestions that friends give.
Greetings one tent.